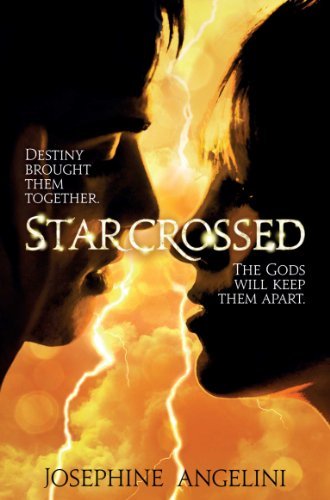 A recent grab from work, released in May 2011. A new angle on YA Fantasy: here’s what I thought.

When Helen tries to kill the new kid, Lucas Delos, with her bare hands on his first day at school, her lifelong quest to remain unnoticed is somewhat derailed. Helen’s always felt different, but it’s not until the Delos clan come to town that she discovers exactly how different she is: Helen’s a direct descendant of the Greek Gods. And as fate (or the Fates, for that matter) would have it, she and Lucas are destined to love each other, and also to try as hard as they can to kill each other. And you thought your high school crush was complicated!

Helen and Lucas are only part of the Fates’ plan: the end game is coming, and millenia of warring that began in Ancient Greece, at Troy, and continues to this day is coming to a head. It falls to this generation of Scions to close the cycle, one way or another, and the stakes have never been higher.

This was a great read. My main concern in novels, particularly of the Young Adult persuasion, is the characters. Give me a sympathetic, smart, strong and interesting protagonist and I’m in. Helen delivers on this: she’s clever and not willing to accept the revelations that come flying at her throughout the book at face value, instead questioning at every turn, trying to make sense of the world each time the rug’s pulled out from under her. She’s independent and determined without being stupidly so, willing to heed good advice but also weighing her own feelings and needs properly. At one stage she point-blank refuses to do something only because she won’t be that girl who just does what the guy tells her to. Heh. You go, Helen!

Lucas was a great love interest/main character with his own issues. He knows more about the situation than Helen and for the most part strikes a decent balance between protecting her from the truth and helping her learn as much as she can in order to defend herself. He – thankfully – was not controlling or manipulative, something I’ve come to appreciate in my reading, because I’m finding shades of that (oh, jeez. No pun intended) in too many YA leading men lately. I also enjoyed the supporting cast, who were all well established and also important to the story.

Some of the plot was predictable, but a lot wasn’t, which was great. One character in particular was delightfully cunning and at the same time (at least to me) extremely unlikable. The inevitable bad guys were plausibly motivated. I also appreciated that a lot of information was revealed over the course of the novel – there was some real progress and plot development, and nothing felt like filler.

This was a great read, and I’m really looking forward to picking up the sequel before waiting impatiently for the forthcoming third instalment!

I’m late to this party, I know – so have you met Helen and Lucas? Are you a fan?