The Rosie Project – by Graeme Simsion 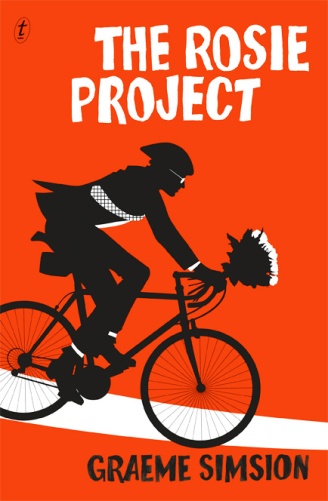 This came to me highly recommended by a friend in the publishing industry – it’s being tipped as a big hit, touted as “Intelligent and romantic, endearing and funny. A love story like no other.” The trick with love stories is, of course, making one stand out from the crowd, reading something you’ve not read many variations of before. The Rosie Project promised that: but could it deliver?

Don Tillman accepted long ago that he’s different. He has a detailed schedule that allows him to make the most not only of his time at work as a professor of genetics, but also his home life. Don has lobster for dinner each Tuesday and has never used his balcony. He is frequently frustrated by his friends making demands on his time with little notice, disrupting his schedule, and has never been on a second date.

Looking at his options, Don decides that the best way to find himself a partner is to design and administer a questionnaire to any potential dates, that will disqualify unsuitable women. For example: smokers, drinkers and anyone prone to arriving late are immediately out of the running. Gene and his wife Claudia, Don’s only two friends, are wary of Don’s plan but willing to help. Gene sends Rosie to see Don, and after a disastrous date (really, what was Gene thinking?) Don dismisses Rosie from his mind. Or tries to, at least. END_OF_DOCUMENT_TOKEN_TO_BE_REPLACED

The Way of Kings (Part One) – by Brandon Sanderson 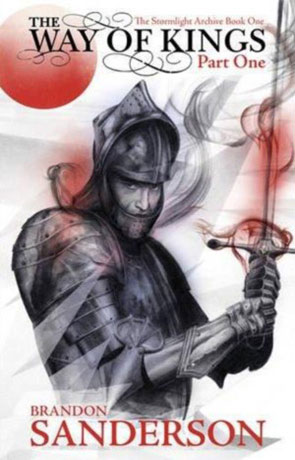 It’s no secret that I love a good fantasy series – emphasis on good. I’ve amassed a small handful of favourite fantasy authors, such as Patrick Rothfuss, Garth Nix, Robert Jordan, and Brandon Sanderson. The Way of Kings is one of Sanderson’s most ambitious new series, and I sank my teeth into Part One the other day.

Welcome to Roshar. A land of highstorms: storms of such terrifying intensity that the land itself has adapted. Plants withdraw into the ground, and animals and people alike hide in strongholds in the rock until the storm’s fury has passed.

Roshar is also a world with a long history. Men tell stories of those fabled warriors known as the Knights Radiant. All that is left of them are their swords and armour, Shardblades and Shardplate. A warrior bearing such tools is close to unbeatable, and the wars nations fight to obtain them are unceasing. In the Way of Kings we meet three people of these lands who are not aware that their individual quests will soon be a part of a much greater struggle. END_OF_DOCUMENT_TOKEN_TO_BE_REPLACED

The Perks of Being a Wallflower – by Stephen Chbosky 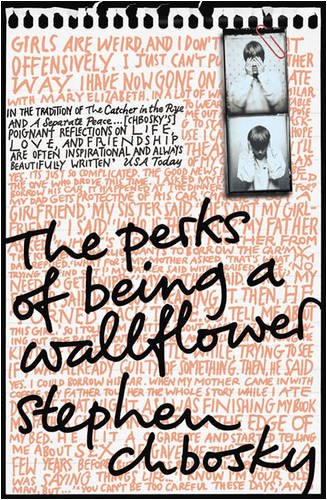 I read this book after seeing the movie. (I know, treason!) For the past few months it had been on my “Must Read Immediately, No Really, I Mean Now” pile. Which typically consists of ten or so books. At the moment there are 14. Perks finally made it to the top: here’s what I thought of Chbosky’s YA classic.

Charlie has always felt like a bit of an outsider. He’s just not sure he fits in anywhere. So he writes to us as he observes his fellow students, waiting for an opportunity to be a part of something. Perks is Charlie’s conversation with us about a year in his life. A year of new friends, of first loves, of great teachers. A year with some experimentation and more than a few mistakes. Of new experiences, new hurts and new triumphs. It’s just a year, and to an outsider it might seem unremarkable. But to Charlie, and those of us lucky enough to read his letters, it’s unforgettable.

When Charlie meets Sam and her brother Patrick, he begins to discover how different – and amazing – things can be when you see them as part of a group rather than from the outside, looking in. Perks’s centre is a delicate, gorgeous plot that revolves around Charlie’s very familiar teenage struggle to find his place in the hierarchy of school, and to find those people who will be a part of his life. END_OF_DOCUMENT_TOKEN_TO_BE_REPLACED

Be Careful What You Wish For – by Gemma Crisp

This book is the first by the former editor of Cleo and Dolly magazines. It proudly declares that “If you liked The Devil Wears Prada, you’ll love this.” I did enjoy Prada, and I also really enjoy a good chick lit read, so I dove in. Here’s what I thought:

Nina Morey doesn’t love hospitality. As much fun as it is catering for the every whim of rich, entitled guests at one of London’s most exclusive hotels, she’s had about enough. Figuring out what she does love to do is the hard part – but when Nina spies an opportunity to intern at a fashion magazine, she jumps at the chance. Soon, she’s racing through the ranks of glossy mags in London and then in Sydney, juggling deadlines, professional frenemies, potential boyfriends and nightmarish hours as she tries to live the age old adage of the working woman who has it all. END_OF_DOCUMENT_TOKEN_TO_BE_REPLACED 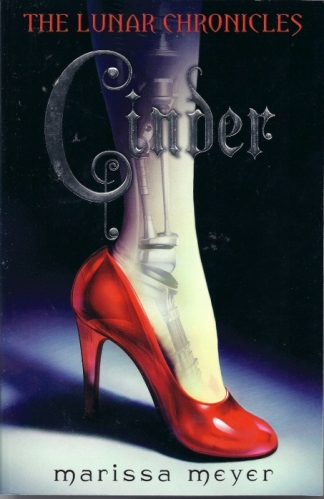 Cinder is the first book in The Lunar Chronicles quartet by Marissa Meyer, retelling and reimagining fairy tales beginning with that of Cinderella. It’s an intriguing concept, and this title had been on my radar for a while. Here’s how I found Meyer’s modern-day, grim tale:

In a lot of ways, Cinder’s just a normal girl. In a lot of ways, she’s not at all. For starters, she’s a cyborg – part human, part machine. This means she’s technically the property of her stepmother, who never fails to remind Cinder of the fact. She’s also an extremely talented mechanic, with a knack for fixing things deemed irreparable.

Cinder had no idea how far her reputation had spread, until the day Prince Kai comes to her for a delicate fix he can’t trust to anyone but the best. Cinder is drawn not only to Kai’s secretive quest and political concerns, but also to his magnetic personality. For his part, Kai seems just as fascinated by Cinder. But how could anyone, much less a Prince, love the part human Cinder, with secrets even she doesn’t know she keeps? END_OF_DOCUMENT_TOKEN_TO_BE_REPLACED