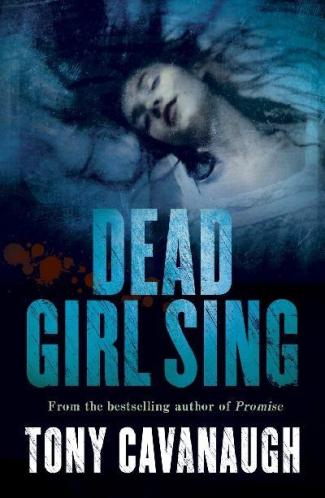 Tony Cavanaugh’s first novel, Promise, came out in early 2012. I’ve been recommending it steadily ever since I devoured it over a 48-hour period. Dark, creepy and very well written, exactly what a good crime novel should be. Needless to say, I couldn’t wait to read the follow up:

Darian Richards is no hero. He’s not even a cop any more – he retired a couple of years ago, left the nightmares behind for the serenity of a far North Queensland river view. Well. He’s mostly retired. Last year he caught a killer who needed to be stopped, because no one else could. When one of the girls who got away calls Darian, months later, in tears, saying “Only you can help,” he means to ignore it. He really does. But old habits apparently die hard. If Ida’s in trouble and he can fix it, he’s got to try.

Taut, atmospheric and with exactly the right kind of darkness, Dead Girl Sing was an impressive follow up novel for Cavanaugh.

Darian, our protagonist, is a true crime anti-hero: his driving force is justice, not necessarily law. He’s been around long enough to know that the two concepts aren’t synonymous. He’s got no love for the superfluous Police procedures that he’s technically not beholden to any more (because, technically, he should be at home, siting on his jetty, watching the river). But he consistently tries to deal with whoever he’s hunting down in the most effective way to ensure they are stopped for good. And he tries to do this in as moral a way as possible.

I enjoyed Darian’s “got no time for your cr%#” attitude, because it makes sense to me. If a young girl calls you for help, you help. Dealing with police and their constraints will not only mean it takes longer for Darian to find Ida, but that there’s less chance of her being okay when he does.

The scope of the action is huge, especially given that the timeframe is a handful of days. It’s set on the Gold Coast, which made for familiar locations, and I loved that.

(Mild spoilers here, you can skip the paragraph if you’re concerned.) The best part of Cavanaugh’s plots, in my opinion, is how directly his combatants face off. In a lot of crime, the gritty hero spends 4/5 of the time chasing after the bad guy, only catching up to them right at the end when, after an explanation for all the evil is delivered, devolves into a standoff/infiltrate and rescue or similar. Not so in Promise, or now in Dead Girl Sing. Darian and his opponent come face to face much earlier than that. Both know who the other is, and both have complete certainty that they will come out on top. This means that the focus of Dead Girl Sing is on the battle of wits and wills between the two opposing forces. It’s very cool, and fascinating reading.

As my boss said: this book was too short. Cavanaugh doesn’t waste words, giving only as much character, setting and plot information as you need and not an iota more. If you’re hoping for a detailed psychological examination of the main characters: don’t. If you’re looking for a treatise on the philosophical and moral implications of the subject matter, you’ll be disappointed. Cavanaugh leaves a lot of this to you to decide. I loved that he wants you to think the consequences through, and decide for yourself the rightness, or wrongness, of how it all goes down.

I raced through this book faster than Cavanaugh’s first – and again found myself 20 pages from the end when I had to go back to work. Those three hours before I could go and finish it were tough!

Dead Girl Sing is exactly what I look for in a crime novel.

One thought on “Dead Girl Sing – by Tony Cavanaugh”