Archive for the tag “Pagford” 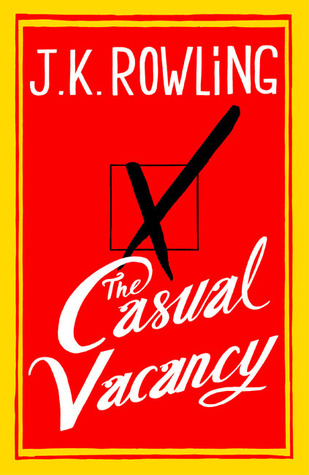 There are very few bigger names in our literary world than J K Rowling – and the legacy she’s built and now has so much pressure to live up to is huge. The Casual Vacancy was a closely guarded secret, embargoed, with very little information about the plot available before the release. I, like so many people, have been wildly curious to see what Rowling is like, post-Harry. This was my take on The Casual Vacancy:

Pagford is a small town. The kind of small town that Hobartians* can probably appreciate better than most: everyone knows (or at least knows of) everyone else. Gossip is part of the framework. Things seem a little more personal, and what might be seen as a small issue in a bigger place takes on a much greater importance.

We’re introduced to some of Pagford’s residents, such as Barry Fairbrother, whose big plans for Pagford are cut somewhat short by his abrupt death of an aneurysm. Barry’s death opens a seat on the Pagford Parish Council, and opens the door to the ambitions of a number of locals. There’s Miles, the town’s First Son, looking to follow in his father Howard’s footsteps. Colin, the local school principal, is hoping to continue the work Barry started. And Simon just wants a piece of the action.